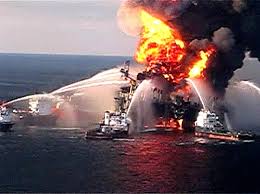 East Cape Iwi Te Whanau a Apanui have put out a call to groups who want to stand in solidarity with them against oil exploration off their coast.

Coal Action Network has lent its name to the many voices who are calling for a call to end offshore oil drilling.

As fossil fuels become rarer companies are moving into more and more unconventional sources, and into riskier territory. The Deepwater Horizon, and Pike River disasters last year are both examples of high risk projects which have had a high environmental impact and high social impact. It is the same flawed logic and pursuit of profit at any cost that created these disasters which drives the fossil fuel industry. Southland lignite is another such disaster in waiting which if given the go-ahead will substantially contribute to our ever growing climate crisis.

Coal Action Network stands alongside Te Whanau a Apanui in their call against the expansion of the fossil fuel industry and ask that everyone supports their struggle to defend their coastline from international oil.

Years Of Pressure On Oil and Gas Exploration Pay Off: Jacinda Ardern Announces An End To Offshore Oil And Gas Block Offers

Do You Want Mining Companies To Have Easier Access To Your Land?

Stop the Petroleum Summit – rise up for climate justice and a fossil free future!